It happens to the best of us. You come back from the store and there is a giant dent in your car that wasn’t there when you went inside. Thankfully, the paint isn’t scratched, but the dent is very noticeable. In situations like this, it might be more of a hassle and cost more money to go through insurance. To decide if you want to pay to fix the damage yourself, you first need to know what the dent removal cost is.

The first thing you need to know is that you will save money by going to a dent repair technician. Do not go to a body shop. You’ll waste your time and money.

Dent repair by a dent repair technician starts at about $75. That’s the cost for a dent that is about the size of a dime. In this situation, it’s probably best to just get it fixed and then forget it ever happened.

In comparison, fixing a dent the size of a quarter is usually about $125. It’s a significant difference, but nothing crazy. There is more work involved, so it makes sense that it costs more. If you have more than one dent, the prices may be discounted. 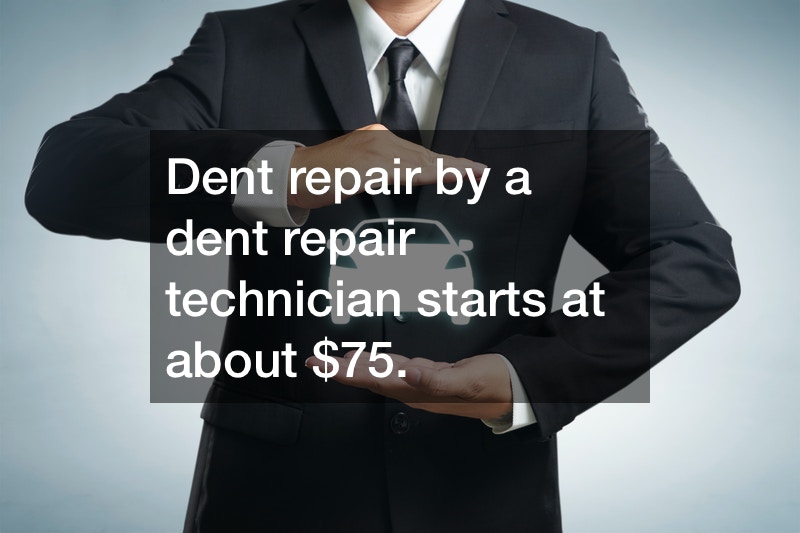